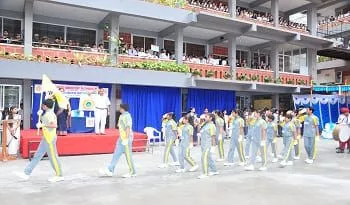 SPS celebrated the nation’s 72nd Independence Day on 15th August 2019 and remembered with gratitude the sacrifice of the freedom fighters. The celebration began in the school premises with the unfurling of the national flag followed by national anthem. A speech with patriotic Zeal and fervor by the chairman Dr.V.Chandrasekar. On this occasion students were awarded for their academic excellence, followed by a patriotic song. Students performed dances dedicated to our soldiers and nation. The programme concluded with the National Anthem, evoking the feeling of patriotism among all present. Varieties of cultural extravaganza